Let Time Make it Grow
and Expect a Speedy Delivery

Delicate, elegant and subtle. THE BIRTH OF A GREAT NEW WORLD VINTAGE, A PIONEER CHALLENGE This partnership between two families, Rothschild and Dassault, as well as the common desire to produce an excellent Argentine wine, gave rise to Flechas de los Andes Gran Cabernet Franc.

A particularly dry year, 2020 began with a cold, dry winter, resulting in late bud break, particularly during the first two weeks of October. Spring and summer were marked by high temperatures, but also by drought. These conditions favored a rapid maturation of the vine and an early harvest, which ended three to four weeks earlier than in recent years. Despite this extreme climate and thanks to the rigor of the teams, the 2020 vintage reveals a fruity structure, a fresh expression and a rare tension. 98 points James Suckling 96 points Robert Parker

Epu is the second wine from Almaviva, emblematic estate of Chile, born in 1997 from the collaboration between Philippine de Rothschild (owner of Grands Crus Bordelais, Chateau Mouton Rothschild, Clerc Million...) and Concha y Toro, emblem of Chilean wine. EPU 2020 is a sublimely accessible vintage to discover the perfection of wines from the star estate of Puente Alto. Epu 2020 is made from a blend of Cabernet Sauvignon (81%), Carmenere (12%), Merlot (5%) e Cabernet Franc (2%). The wine is aged in one-year-old French oak barrels, which were used to age the property's first wine for 12 months.

Cassis, vanilla, melted tannins... A glass full of good sensations preparing a happy final. Saint-Estèphe, the most northerly of the Médoc appellations, has numerous clearly delineated gravelly outcrops over a wide variety of subsoils ranging from limestone and marl to clay. Baron Philippe de Rothschild has selected parcels with generous, draining soils that yield robust yet gentle wines.

This wine is a blend of grapes grown on various plots; all of them facing south. The Cornas wines have been invariably famous since the 10th century. They were served to kings, both in France and elsewhere. AOC status and improved quality have enabled the vineyard to regain its reputation. Aging lasts between 12 to 14 months in oak barrels. Regular racking brings enough oxygen to allow the tannins optimum maturing. The colour is an intense garnet red. In its youth, this wine has strong blackcurrant aromas. With time, the fruit aromas gradually fade, giving the way to hints of pepper and liquorice. The palate is structured and has the strongly-defined flavours that are typical from this "terroir".

This cuvée is a blend of grapes coming from the Côte Brune and the Côte Blonde. It's one of the oldest vineyards in France, first developed by the Romans. It is said that during the Middle Ages, "The Seigneur de Maugiron" bequeathed a hillside to each of his two daughters, one was brunette and the other fair. Thus, were born the names of "Côte Brune" and "Côte Blonde". The wine is aged for 14 to 16 months in new or one year old oak casks. The barrels are topped up regularly. The colour is deep crimson. The powerful yet subtle nose of Côte-Rôtie "Seigneur de Maugiron" has blackcurrant, redcurrant, liquorice and smoky aromas, underscored with light woody notes. The palate shows a tightly-knit tannic framework. The wine is well-balanced with a silky texture. It combines fine concentration with great delicacy.

This wine is a blend from 3 different terroirs : L'Ermite, le Sabot, and the famed plot, les Bessards. Maturation is done in French oak barrels. On each vintage, the notes of wood are the result of precise and variable proportion between new barrels and barrels which have already held one wine, and it is adapted according to each vintage tannic & tasting characteristics. The colour shows brilliant, deep red hues. The nose is powerful and complex, expressing blackberries, spices and leather. On the palate, "Domaine des Tourettes" is fi rm but silky, with a tightly-knit tannic structure that is the hallmark of wines that have a great future.

This cuvée is made from a blend of grapes exclusively from the Domaine des Grands Chemins. The plots are all located on the “Chassis” terraces, at the Rhône/Isère confluence.

This wine is made exclusively from the "Les Grandes Vignes" plot situated at the peak of the Hermitage hillside at around 325 m altitude. This primarily south-facing plot forms an amphitheatre of semicircular vine terraces. In the very best years, production is limited to 1,800 to 2,000 bottles. This wine is made exclusively from the Syrah varietal. The wine is de-vatted before being racked and transferred to the barrels. The malolactic fermentation takes place in the barrel and is followed by 20 months of closely-monitored ageing. To ensure that the wine retains its character, finesse and subtlety, only wood with a fine and extra-fine grain is selected for the barrels. For the same reasons, the percentage of new oak is kept to no more than 30 or 40%.

93-94 points James Suckling A very spicy and bright white with intense white peach, grapefruit and mineral character. Full body, crisp acidity. Beautiful. One of the best Carbonnieux of all time.

subscribe to our newsletter to always stay abreast of news

Are you a professional in the beverage sector? Do you want to be our reseller?
Be eligible for great discounts as a professional of the F&B Industry by filling out the following form.

After verification, you will receive your credentials to access the site with specific discounts for your professional category. 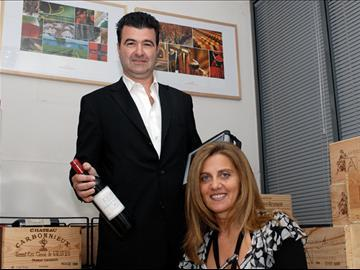 In November 2006, in Portugal, a country known for its wealth of wines and liqueurs, a new company formed by the couple Isabel and Christophe Collas, was born.
The couple dreamed for years to develop and share with their friends their passion for French wine as well as wine from the world.
Thus, through their contacts with the family in France and more precisely in the vineyards of Bordeaux, was born the new project, Wine-Time Europe Lda, offering to individuals and businesses a range of wines, from a rigorous and meticulous selection, proposing a precise catalog for all budgets and from the best "terroirs".

The company quickly acquired an important place in the specific sectors Gourmet of Portugal as well as in the Horeca channel and started without any delay to the second phase of the project, namely, started introducing new categories of drinks from other French regions, such as champagnes, aperitifs and spirits (gin, vodka, brandy, liqueurs).

In 2012, the company came out from the "French" environment and began its third phase targeting international drinks, rand taking exclusivities on international brands either for Portugal as well as for the Old Portuguese colonies such as Angola and Mozambique.

Wine-Time Europe products can be purchased directly online on this website and in physical stores such as El Corte Ingles, Delidelux, E-Leclerc, Intermarché, Makro, and Tax-free shops of the Portuguese airports, among other fine places. 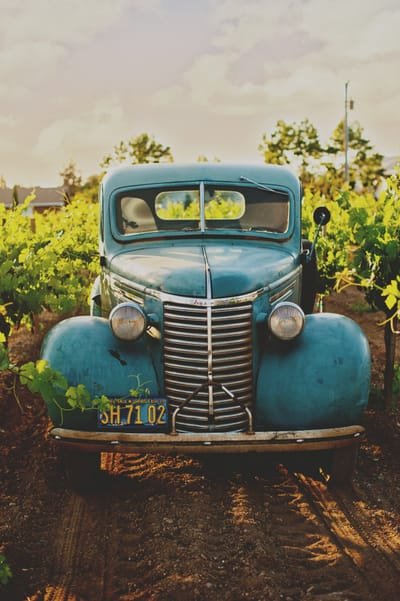